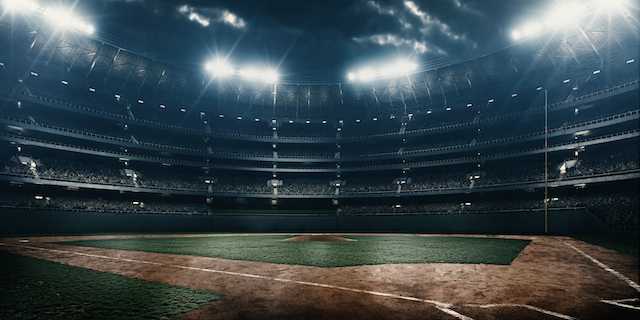 A wide angle of a outdoor baseball stadium full of spectators under a stormy night sky and rain. The image has depth of field with the focus on the foreground part of the pitch.

The Aaron Judge watch is coming down to the wire.

The Yankees slugger has just four games left to hit his 62nd home run of the year, breaking the AL home run record he currently shares with Roger Maris.

Judge’s power surge has stalled out over the last couple of weeks – he’s hit just one home run – the record-tying 61st – in his last 11 games.

The Yankees begin a season-ending four-game road series with the Texas Rangers on Monday night.