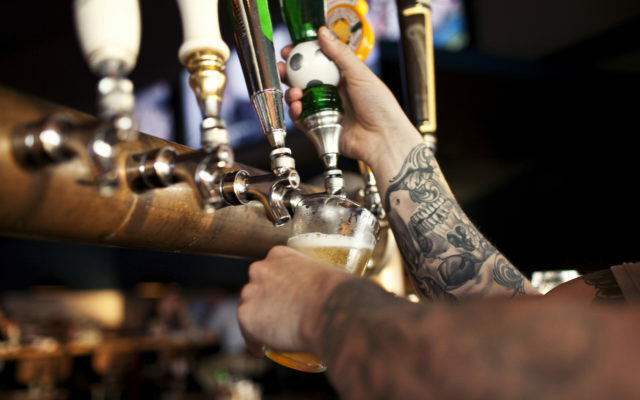 The California General Assembly has killed a proposal to keep bars open until 4 in the morning  in several cities, including Palm Springs.

The bill as passed in the State Senate, but did not have the votes needed to pass in the Assembly.

But again, that bill did not make it into law.

Tattoos on arm of bartender pouring beer from a tap at a bar.