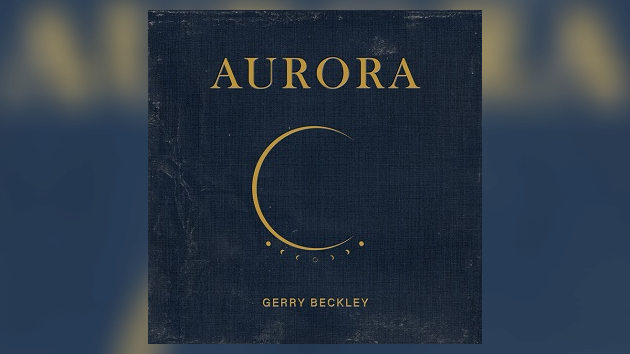 Beckley partnered with New York-based fashion designer Todd Snyder to create the limited-edition apparel collection, which features three T-shirts and three hoodies, each boasting a different photo taken during Gerry’s travels. The pieces can be purchased now at ToddSnyder.com and select retail stores.

Beckley is a longtime photography enthusiast, and while touring, he began snapping a photo each day and emailing it to family and friends. Some of Gerry’s photos are included in the packaging of the physical versions of Aurora.

“Gerry is this total style maven — cars, clothes, eyewear. He’ll email me out of the blue to suggest a classic item we should make, and his photographs are an extension of this unique point of view,” says Snyder, who’s a longtime friend of Beckley’s. “He makes normal things look artful, and his pictures are modern takes that get us to reconsider places we might otherwise take for granted.”

As previously reported, Aurora is an 11-song collection that Beckley recorded during the COVID-19 pandemic at his two home studios — in Sydney, Australia, and Venice, California. The album’s tracks include tunes that began as unfinished demos and scratch recordings that date back as far as the early 1970s, as well as new songs written during the past two years.

One of the tunes, “Tickets to the Past,” was co-written by Gerry’s co-founding America bandmate Dewey Bunnell, who also sings on the track.

Aurora was released on digital formats last month, while a deluxe vinyl version is due at a later date.