Homes Of The Rich & Famous For Sale In CA 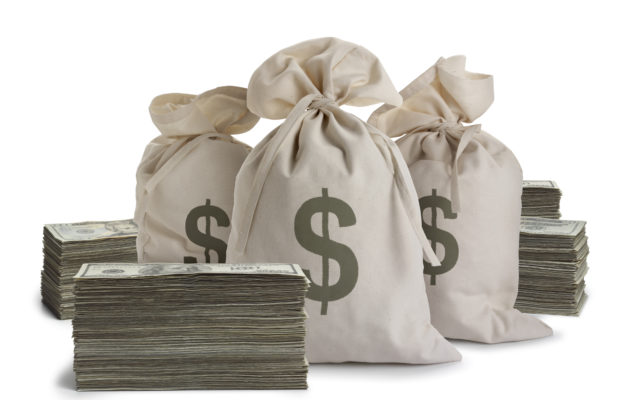 Three money bags and stacks of money on white with soft shadow.For more money bag images click on links below

Got money and plenty of it?

If you do, you could become a neighbor of former President Donald Trump. You’ll need  about 50-million dollars to buy a  ten-thousand square foot home in Palm Beach Florida for 49-million dollars.

The half-acre property on the beach front has eight bedrooms, eight-and-a-half baths, and a nice view of the ocean.

The asking price would also include a membership to Trump’s exclusive Mar-a-Lago club which is right across the street from the home.

The property was previously owned by Trump’s sister Maryanne, who sold it for 18-point-five million in 2018.

If you would rather buy in California, and switch political leanings, you could buy a mansion in Brentwood, now owned by Lebron James.

The Lakers star is asking more than 20 million  dollars for his 6 bedroom, 8 bathroom  home.

Three money bags and stacks of money on white with soft shadow.

New Fossils Suggest Humans Are 33,000 Years Older Than We Thought

15 hours ago
Connect With Us Listen To Us On