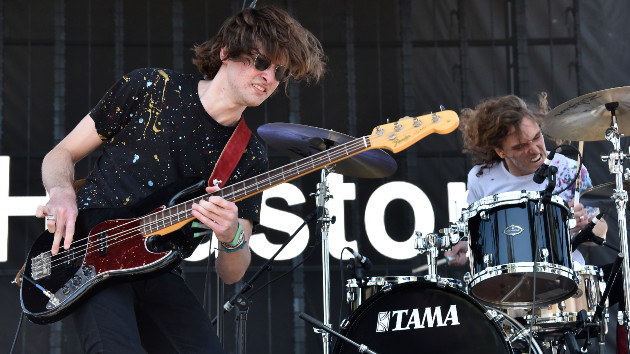 Myles and Layne Ulrich, the sons of Metallica drummer Lars Ulrich, have released their debut single with their band Taipei Houston.

The track is called “As the Sun Sets” and is available now via digital outlets. You can also watch its accompanying video streaming now on YouTube.

Taipei Houston will be playing a number of festivals over the next few months, including Lollapalooza, Reading & Leeds and Austin City Limits. They’ll also be playing a run of West Coast dates, opening for The Melvins.

Along with the Ulrichs, James Hetfield‘s son Castor plays in a band called Bastardane, while Robert Trujillo‘s kid Tye is the bassist in the group OTTTO.