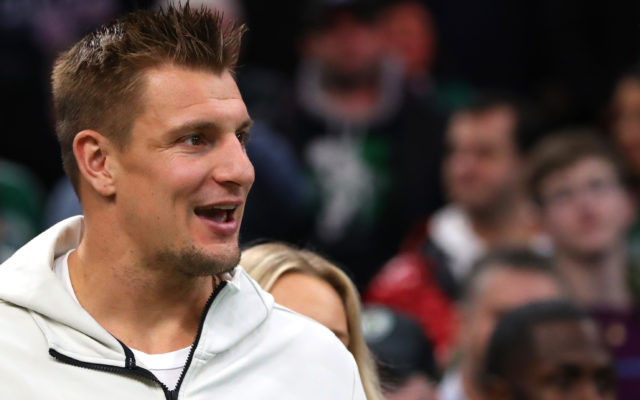 BOSTON, MASSACHUSETTS - DECEMBER 06: Former New England Patriots player Rob Gronkowski looks on during the game between the Boston Celtics and the Denver Nuggets at TD Garden on December 06, 2019 in Boston, Massachusetts. The Celtics defeat the Nuggets 108-95. (Photo by Maddie Meyer/Getty Images)

Former New England Patriots star Rob Gronkowski is close to finalizing a deal to join the WWE, according to Wrestling Sheet’s Ryan Satin.

Satin says Gronkowski won’t likely perform each week but could make his debut at Friday Night Smackdown in New Orleans later this month.

If you want to see what Gronk might be like in the ring check out his 2017 WWE appearance at Wrestlemania.