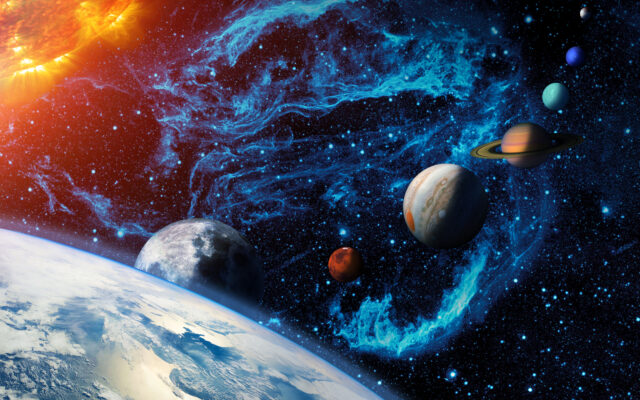 Digital illustration of the Solar system. Sun, Earth and planetary Moon, Mars, Jupiter, Saturn, Uranus, Neptune and the dwarf Pluto. A row of planets and a stellar nebula in outer space. Clipping path included for the foreground objects. Opacity and bump textures for the earth and other planets map prepared via images from www.nasa.gov. Earth texture: images-assets.nasa.gov/image/iss040e016389/iss040e016389~orig.jpg

On Tuesday November 15th 2022, the world’s population is expected to hit eight-billion people.

This comes just eleven years after the global population hit the seven-billion mark.

India and China are the most populous countries in the world with over a billion people each.

And China has limits on how many children couples can have.

Without those government restrictions, the population of China might be even larger.