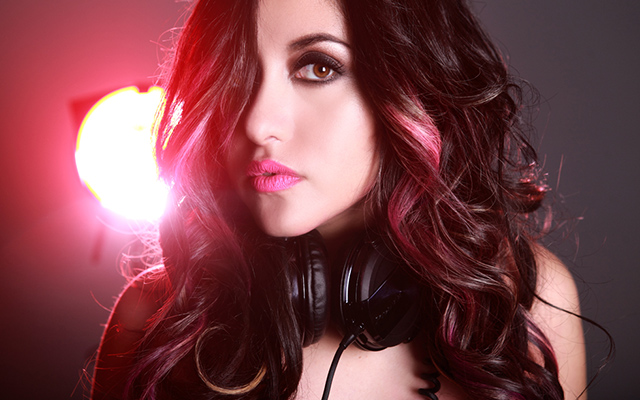 Greetings and Salutations! Music, Movies, Dinosaurs, Pizza, the 80s and 90s… These are a few of my favorite things! I’m from San Antonio, TX. Bugs Bunny is my hero. I’d die happy if I met Martin Short. The Three Stooges, Mel Brooks, Jim Carrey and Pauly Shore are responsible for my personality. You’ve been warned! I’ve always been a music junkie. Some of my best nights are having drinks with my friends, and tearing up the jukebox!
I absolutely LOVE the local music scene. There is so much undiscovered talent out there, and I do whatever I can to help them out. I’ve been in radio since 2007! Since Feb. 2015, I have been an on-air personality for 3 alt. rock stations that include: 103.3 THE APP (San Antonio, TX) 96.1 WKZQ (Myrtle Beach, SC) and 101.9 KINK (Portland, OR). My dream and goal, is to be discovered/offered a voice acting career. Hearing my voice as a cartoon or Pixar character would be a dream come true! I am also a local DJ. I’ve been in the mix, since 2006! I love too many bands to name. Working at Hot Topic in the early 2000’s, was very much like Empire Records…and it rocked. I miss the old MTV. Growing up, I wanted to be an MTV VJ so badly! It looked like the coolest job ever. I’m so glad I ended up in the music industry. I only hope to get better at what I do, just by being ME.